How To Empty The Recycle Bin Automatically On Windows 10 2022?

The recycle bin gained quite a bit of popularity on Windows XP for the simple fact that you couldn’t delete it from the desktop, neither can you do so on a Windows 7 operating system.

What I’m trying to establish is that Recycle bin has always been an element of “surprise” and “special features” on the Windows operating system.

One such special feature I’m discussing here today is how to Automatically Empty the Recycle Bin on the Windows Operating system.

It will basically answer your questions related to How To Empty Recycle Bin On Schedule and the likes of it.

Why Emptying The Recycle Bin Is Important?

Whenever you delete something from your system, it goes to the Recycle Bin. Now you can “restore” data back from the recycle bin, right?

So it clearly shows that the data you “deleted” wasn’t actually deleted. It was just transferred to the recycle bin.

So it not only is eating up your C drive storage, which will create problems if you’re trying to store files in the drive as it will run low on space, it also will slow down your system eventually.

Because of the primary system drive is overloaded with files, no doubt the overall system will get slowed down.

The second “privacy concerned” problem is that, if you delete something private from your hard disks, it can easily be restored by anyone from the recycle bin hence compromising your privacy.

Because well hackers and people of such kind look into the recycle bin as one the primary target locations when they’re looking for things which people don’t want them to find.

How To Empty The Recycle Bin Automatically On Windows 10:-

So let’s look at  How to Get your PC to Automatically Empty the Recycle Bin. Here we would use the Task manager to schedule “automatic cleaning” of your recycle bin.

Click on the Start button, and type “Task Scheduler” and press Enter.

Now you would want to right-click on “Task Scheduler”, and then click on “New Folder”. 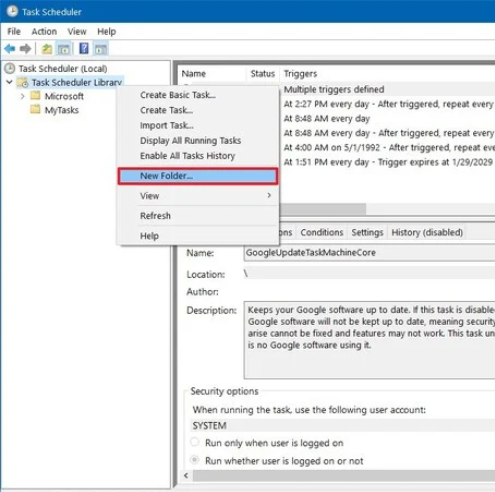 You can use any name for the new folder. Once you’ve done that, right-click on the newly created folder, and click on “Create Task”. 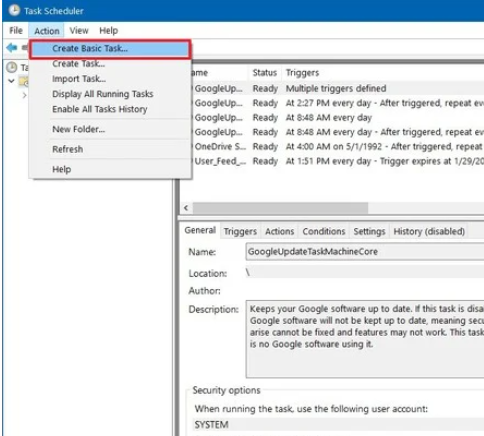 This would bring up a popup box where you can enter information about the task you want to create. Obviously, the name is something you’d want to keep simple and explanatory which explains to you if you ever come back to this page what this task is all about.

So just enter a name, and leave the rest of the fields as they are. 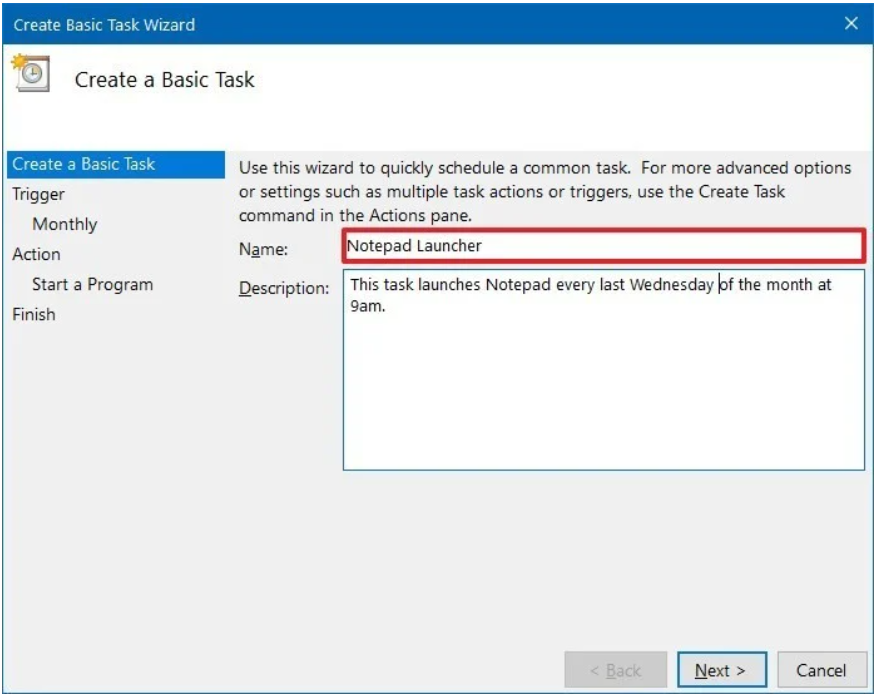 Then move on to the “triggers” tab and then you’d want to click on “new”. This option is used to create a new trigger that would trigger the task you’ve created. 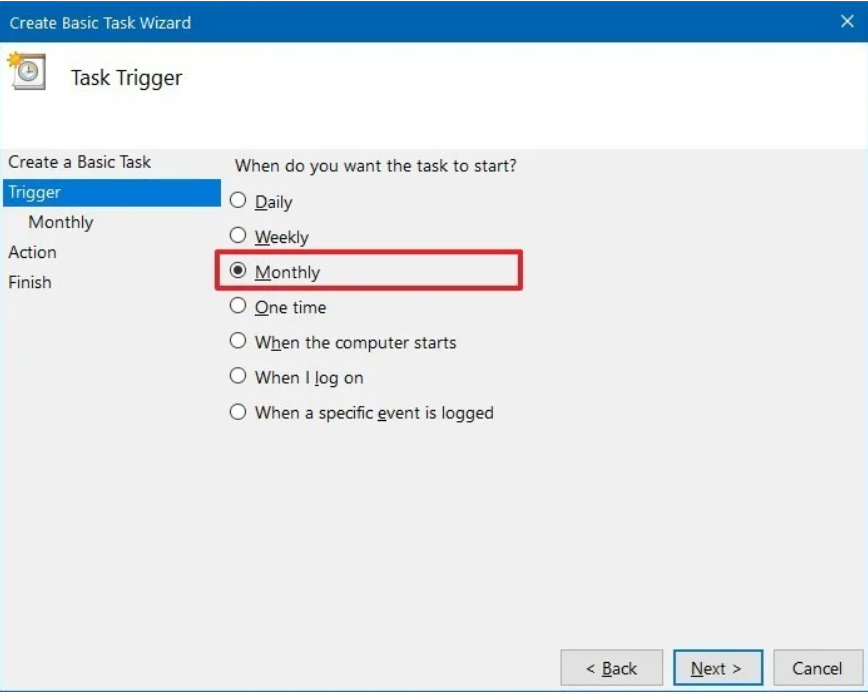 Next, you should be getting a pop-up box with the trigger options. It has quite a number of different options for you to choose from, including:-

These are the scenarios when you can make the recycle bin auto-empty itself.

Most of the settings on this page are self-descriptive. You just choose the time/date/month/year when you want the recycle bin to empty itself out and be done.

There are advanced options like “auto-repeat” (of the action), auto-repeat on specific days, etc which you can set according to your preferences.

Then click on the “Actions” tab. And you’d see a button called “new” at the bottom of the box, click on it. 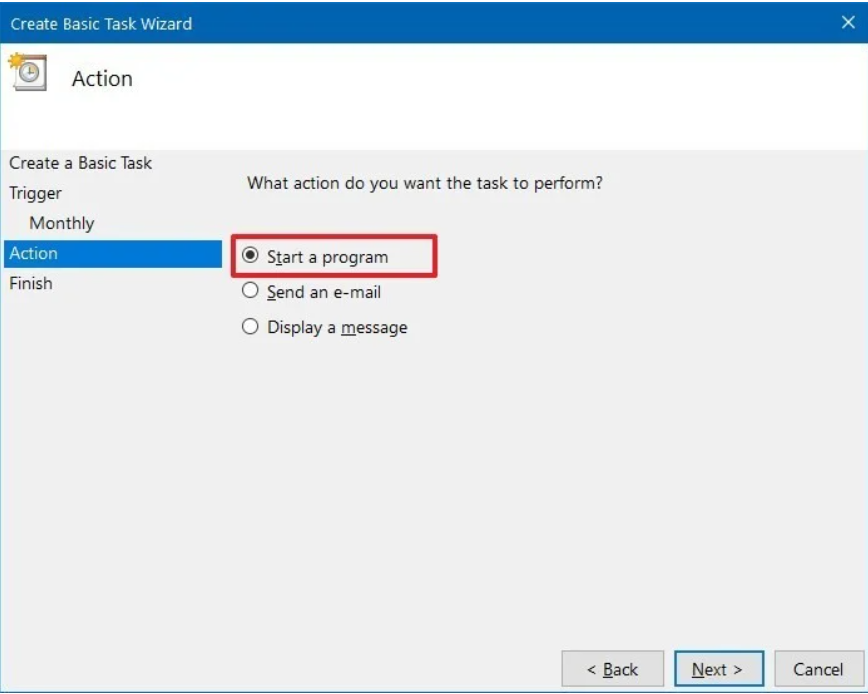 A pop-up box would come up, and you should enter “cmd.exe.” under programs/scripts.

Then find the “Add Arguments” option, and copy-paste the following there:-

Done! What you basically did is, wrote a command for the auto-starting of the “PowerShell” shell. And it will execute the “ClearRecycleBin” command for you.

Basically, it’s like, whenever you right-click on your recycle bin and click on “clear recycle bin”, this command gets executed, but now we just made the system auto-execute the command so in short, it’s like the computer would be automatically clicking on the empty recycle bin command for us.

So that was everything I had on  How to empty the Recycle Bin automatically on schedule on Windows 10 folks.

Basically, the “mouse click and point” interface was invented by Bill Gates, but before that, every command on the system was manually typed in. Just like this “clear recycle bin” command.

So Windows 10 didn’t introduce a “new feature’, it just gave you a new interface to do things the old way that’s the manual execution of commands.

And you’d be surprised with these command executions can do. In fact, this is just one of the many superpowers Windows 10 has, you can write commands for practically “anything”! Be it “playing a song”, auto-locking the computer, copying files on a schedule, and whatnot.

The only twist is that you need to be fluent with the command strings and in addition, Windows 10 needs to support those commands. For eg., there might be a “copy files on schedule” command string, but the windows 10 task manager might not support it, in that case, the command won’t be executed.

Anyway, that’s all I’ll be saying for this How To Empty the Recycle Bin Automatically on Windows 10 guide. Do let me know your experience on this piece and your feedback.

Also if you’ve got other ways to do this, do let me know if the comments and I’d be happy to include them here. Not to mention that I wouldn’t mind if you decide to hit the share button and share this piece on your social networks.