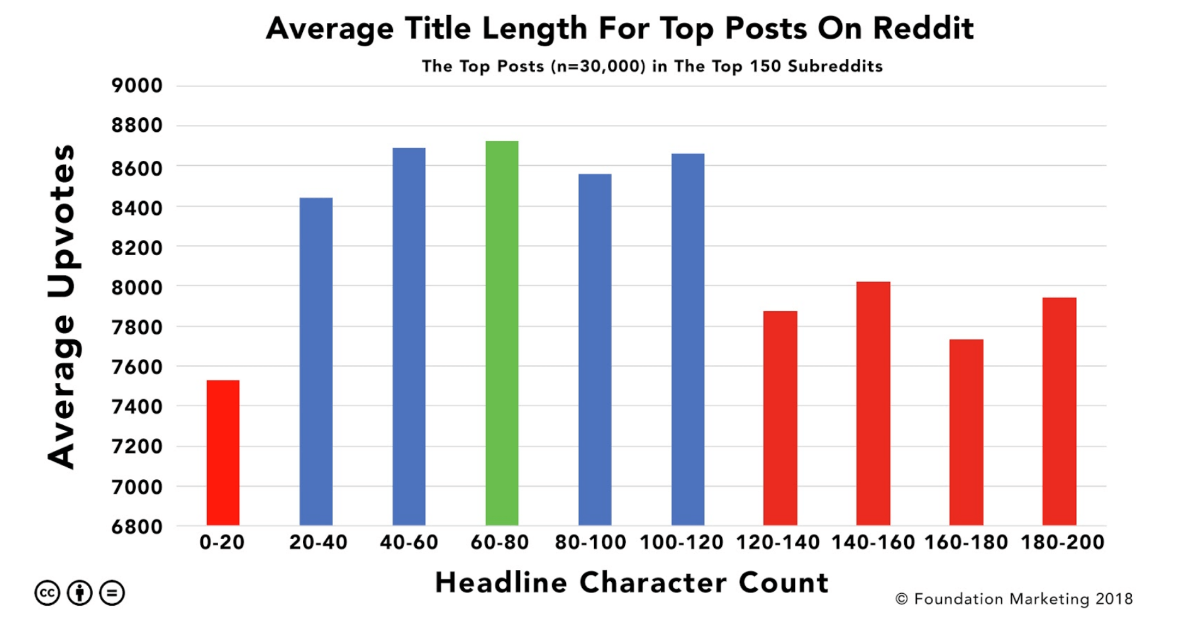 Do you want to grow your business without using social media? You could try using Reddit.

“Subreddits” are smaller groups that make up Reddit. A subreddit is a board about a single topic. Reddit.com/r is the first part of every link, like reddit.com/r/marketing.

But before you can market on Reddit, you need to know how to do it. Giving your audience something of value is marketing on any social platform, but Redditors are good at figuring out who is marketing. You need to be ready and know how to help the Reddit community or you might get banned.

In this post, I’ll give you 21 facts about Reddit that you can use to improve your marketing plan and decide which strategies are worth using.

What Types Of Posts Perform The Best On Reddit?

2. Posts With Questions Receive The Most Comments

4. External Links are the Most Popular Type of Content

5. Videos are the Most Upvoted External Links

6. /r/DataIsBeautiful Subreddit is a Changing Landscape

8. “If You Have” is the Most Popular Headline Phrases in the /r/LifeHacks Subreddit

9. “What is The” is the Most Popular Phrase in the /r/BigSEO Subreddit

And here are the most frequently used terms on /r/Marketing:

10. “The 2018 article with the most upvotes was “This Is What Happens When One Company Owns Dozens of Local News Stations.”

12. More Than 50% Of The Content In Top Subreddits Are Links

14. Reddit Has One Billion Native Video Views Per Month

19. 38% of Users are Technology Enthusiasts

Did not have time to read all of them? Here are the top six statistics you need to know:

I’ll also leave you with our Reddit Marketing Guide, in which we discuss how to drive attention to your content, reverse-engineer any subreddit, and produce more leads and sales from Reddit.