How to Get Black and White Emojis? If that’s what you’re looking for, you’re at the perfect place because that’s what this article is about, I’ll show you how to get the new emojis here and now.

Emojis are one of the most used features on Facebook, Instagram, and other social networks. Be it messenger or Whatsapp, I’m sure each one of you enjoys using emojis to express your expressions better.

For eg. The exact same text:- I will kill you (tongue-out emoji) and I will kill you (red-face emoji) will have two very different impacts on the mind of the reader. While the first implies a “friendly threat”, the second has every right to be interpreted as an actual death threat.

So well yeah Emojis are important and helpful. So before getting into all the details of black and white emojis, let’s get started from the basics.

Emojis are just “images” in their simplest sense. Images are made primarily with the “human face”. (Although now we have an emoji for almost everything, ranging from pins to presidents!)

They’re generally made the size of the text so that they can be used alongside the text messages.  Although we take emojis to be a “recent” invention to texting, you might be surprised that they date back as long as 1998!

Originating in Japan with their cell phones around 20 years back, now they’ve made their way into almost every sphere of digital media.

They were first incorporated into Android devices on the native keyboards, then they were introduced into Whatsapp and Facebook kind of social networks.

What’s more, is now even Microsoft has incorporated a “default” font with the Monochrome Unicode Emoji in their Windows 8 version. 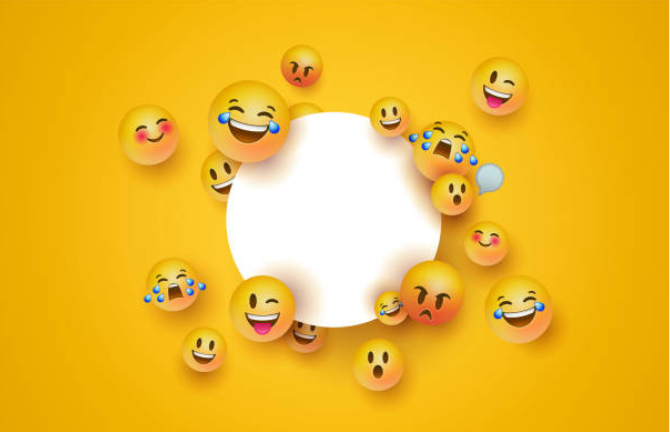 Current Version And Definition Of Emojis:-

Emojis are no longer just “human faces”. Although the most commonly used Emoji still is a human face, the 🙂 emoji. But this being 2016 (almost 2017) you can get an emoji for almost everything you can imagine.

In fact, I personally have some “emoji texting sessions” as well, meaning I text with my friends completely using emojis and no text, and still, the message seems clear.

That’s because there’s an emoji to represent a person, an intention, a feeling, a country, a vehicle, weather, a time, food, different kinds of jobs, and even diseases.

Here’s an example of “Emoxting” (Emoji + texting, and it’s not official!). 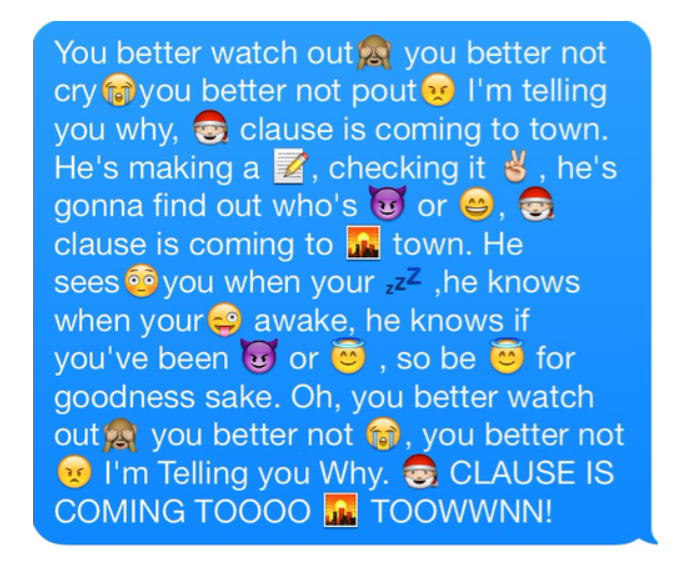 So one thing that’s clear is, emojis have traveled far and wide to be where they are. In fact, they’ve grown so much in popularity that right now there are over 1,851 emojis out there in the digital world!

Where Are Emojis Available?

Even if they were primarily intended to be used only with “Text messages”, now they’re used for Social networking, E-mails, and just about every other kind of digital message that there is.

Are They Provided By Default With Cell Phones?

A very legit question right now is, do you get all the emojis with your cell phones?

The answer is, no! For eg., the emojis on Facebook messenger is totally different from those on Whatsapp. And on android devices, there’s a chance that your default keyboard doesn’t even have emojis.

So nope they aren’t provided with cell phones, instead, it depends on the kind of platform you’re using to determine what kind of emojis you’re gonna get.

For eg. “Instagram keyboard” has no “default” emoji, it took me a week to figure out how to use emojis on Instagram.

How To Get Black And White Emojis?

So as I said, emojis haven’t defaulted packages with cell phones, so how are you going to get them? Especially the custom black and white emojis, like the heart symbol emoji, black heart emoji, etc.

Especially the black and white ones aren’t easy to get, or else you would’ve never landed on this page.

This is the easiest method to get black and white emojis on your devices. As there’s no “official” feature on devices for “black and white” emojis, this is your solution.

All you’ve got to do is, copy-paste these emojis from here to your keyboard on whatever platform you’re using.

I can’t possibly list out all the emojis here for you, but as far as the “music note emojis” are concerned,  these are some of the best ones in the industry:-

If you consider going for a more “modern” alternative, well then there are tons of applications out there in the Playstore which offer the most diverse and attractive emojis for free.

There’s no high-end configuration, all you’ve got to do is download something like the Go keyboard. It’s an advanced keyboard for android which offers some pretty interesting emojis among other features.

Although keep in mind that it’s not the only keyboard you can use, there are tons of other options for you to choose from so feel free to go with any of them.

So yeah that was all I had on How to get black and white emojis folks. Hope this piece was helpful, if it was I’d love to hear your feedback in the comments section.

I do know it’s not the most optimal solution to the problem, but considering there isn’t a more viable option, this is what you’ll have to go with for now.

If you’ve got any other potential solutions to the problem feel free to let me know about them in the comment boxes. Or if you’re facing any problem with the above-discussed problem, even with the copy-pasting thing you can still let us know and I’ll try my best to help you out.

Disclaimer:- I or Knowledgecage aren’t affiliated to Go-keyboard or any other tool used in this tutorial, the tools are just “one of the many” solutions and are used here just for “Explanatory” purposes. Feel free to use any other tool/app according to your preferences if you have any.