Whether you’re a musician, podcaster, or just need to make a few simple edits to some audio for a presentation, there are a lot of audio editing software options out there.

So, which one is the best? In this blog post, we’ll take a look at the top five audio editing software programs of 2022 and compare their features.

We’ll also discuss what type of user each program is best suited for. By the end of this post, you should have a good idea of which program is right for you.

Audition is a digital audio editor software from Adobe Systems. It was formerly known as Cool Edit Pro, before Adobe acquired the software in 2003. Audition is used for manipulating and editing digital audio files, such as sound recordings and voiceovers.

It can be used for both professional and personal purposes, such as for music production, podcasting, and voiceovers.

Audition has a number of features that make it an efficient and powerful audio editor. These features include spectral editing, multitrack recording, and surround sound support. The software also supports a wide range of file formats, including MP3, AAC, WAV, AIFF, and FLAC.

Audition is available as a standalone application or as part of the Adobe Creative Suite. It is also available in different languages, including English, French, German, Spanish, Italian, Japanese, and Korean.

Avid Pro Tools is a professional audio editing software that is used by many sound engineers and producers. It has a wide range of features that can be used for audio editing, recording, and mixing.

It is also very versatile and can be used for a variety of purposes, such as music production, sound design, post-production, and podcasting. 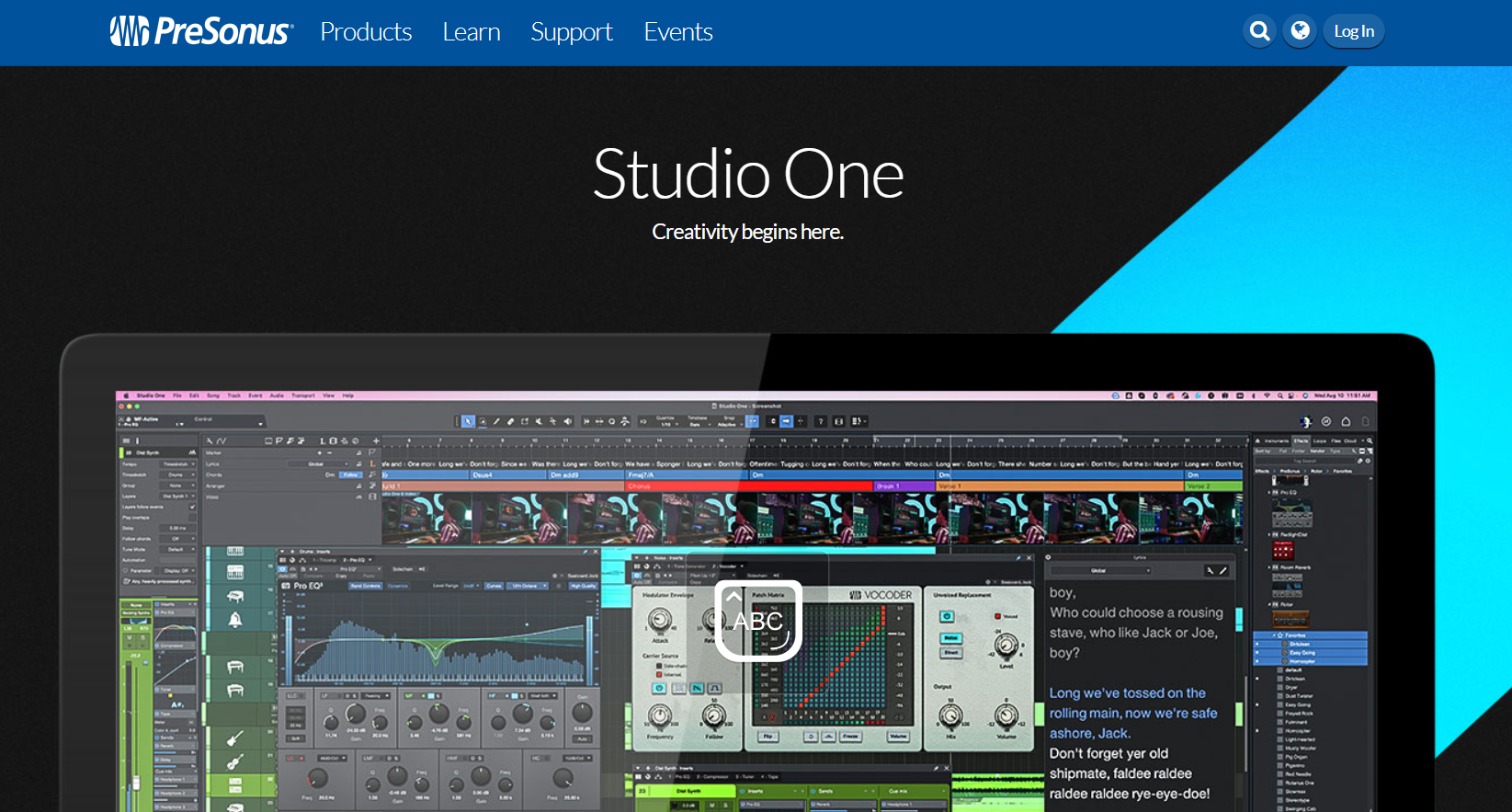 PreSonus Studio One is a digital audio workstation (DAW) software application used for recording, mixing and mastering audio projects. It was developed by PreSonus and first released in 2009.

Studio One is available in three different editions: Artist, Professional and Platinum. The Artist edition is the most basic and is designed for home users, while the Professional edition is aimed at commercial studios.

The Platinum edition includes all of the features of the Professional edition, as well as additional features such as video production capabilities.

Studio One has a number of features that distinguish it from other DAWs. One of its most notable features is its unique “arranger” interface, which allows users to easily arrange and edit tracks in a timeline-based environment.

Studio One also includes a number of built-in effects and instruments, as well as support for VST and AU plug-ins. It has a fast and intuitive workflow, which makes it easy to learn and use.

Overall, PreSonus Studio One is a powerful and versatile DAW that offers a wide range of features and capabilities. It’s perfect for both home users and commercial studios, and its intuitive workflow makes it easy to learn and use.

Studio One is a professional audio editing software that comes with a variety of features to make your audio editing experience better. Some of these features include an intuitive interface, powerful drag-and-drop functionality, unlimited tracks, and more.

One of the best things about Studio One is its intuitive interface. The layout is designed to be easy to use, so you can start editing your audio immediately. Studio One also includes drag-and-drop functionality, which makes it easy to add effects and other elements to your audio.

Additionally, Studio One offers unlimited tracks, which allows you to create complex audio projects with ease. And if you need help with your project, Studio One includes a number of tutorials that will guide you through the editing process. 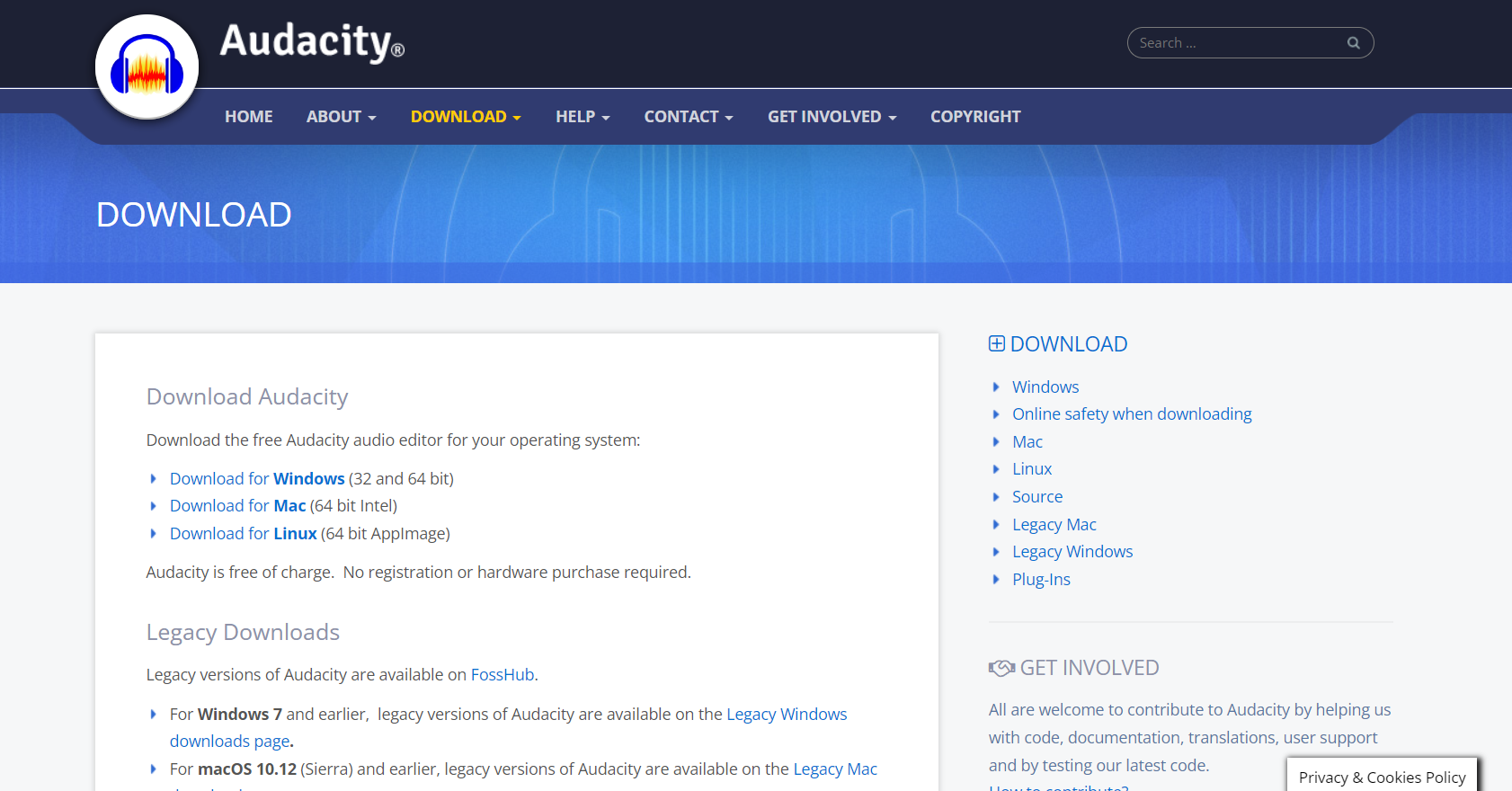 Audacity is a free and open source audio editor and recorder. It is available for Windows, MacOS, and Linux. Audacity can be used to edit audio files, record live audio, convert tapes and records into digital files, and more.

One of the best features of Audacity is its ability to edit multiple audio tracks at once. You can also apply effects to your audio tracks, including fade in/out, normalize volume, and more. Audacity also has a built-in recording feature, which makes it easy to record live audio.

If you need a free and powerful audio editor, Audacity is a great option.

Audacity is a free and open-source audio editor and recorder. It is available for Windows, macOS and Linux.

Audacity has a wide range of features, including:

Cubase is a digital audio workstation (DAW) developed by Steinberg for music recording, arranging, mixing and editing. It is one of the most popular DAWs on the market, and is used by professional musicians and amateurs alike.

Cubase Artist is more suited for home studios and amateur producers, with fewer features but still enough to get the job done.

Despite its power, Cubase is relatively easy to use. The interface is well-organized and intuitive, and most of the functions are self-explanatory. There are a wealth of tutorials available online if you need help getting started.

Overall, Cubase is an excellent choice for anyone looking for a powerful yet easy-to-use audio editor. It’s perfect for both professional and amateur musicians alike.

Cubase is a digital audio workstation developed by Steinberg. It is used for music recording, arranging, editing and mixing. Cubase features a multitrack editor for recording and editing audio and MIDI files, a mixer for balancing and adjusting the levels of individual tracks, and a range of effects processors.

One of Cubase’s most powerful features is its ability to record and edit audio and MIDI files simultaneously. You can record multiple tracks at once and then use the built-in editing tools to adjust the timing, volume and other parameters of each track. This allows you to create complex musical arrangements quickly and easily.

Cubase also includes a wide range of effects processors, including reverbs, delays, compressors and EQs. These can be used to add depth and flavour to your recordings, or to correct any problems with the mix.

Overall, Cubase is an extremely powerful audio editing software package that will allow you to create complex musical arrangements with ease. It’s well worth considering if you’re looking for a professional-grade audio editing solution.

It has a simple and easy-to-use interface, making it ideal for first-time users. Sound Forge Audio Studio also allows you to edit and process multichannel audio files, create and edit sound effects, and burn audio CDs.

Some of the features of Sound Forge Audio Studio include:

After thoroughly researching the best audio editing software of 2022, we have come to a few conclusions. The top three contenders are Adobe Audition CC, Apple Logic Pro X, and Avid Media Composer.

While they all offer unique features and benefits, our favorite is Adobe Audition CC for its wide range of capabilities and easy-to-use interface. If you’re looking for an audio editor that can do it all, Adobe Audition CC is the way to go!